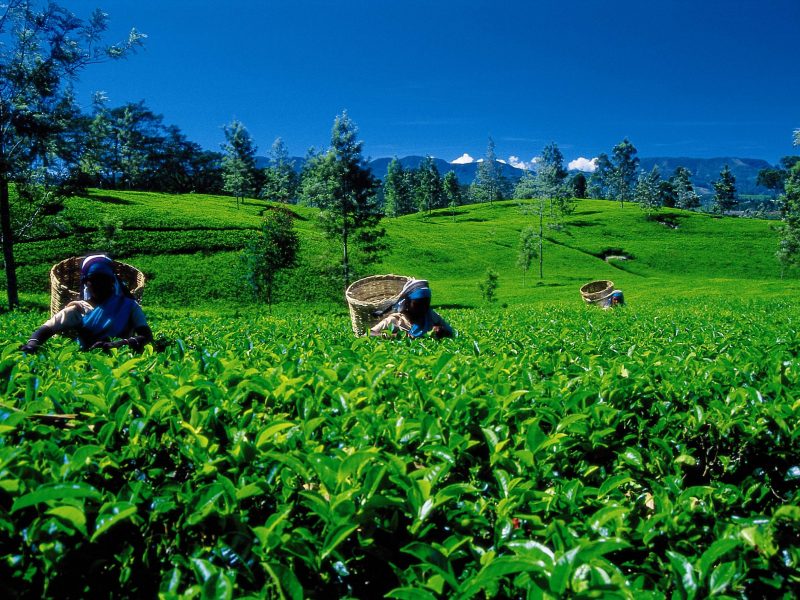 “Sri Lankan Tea” holds popularity all around the world, there’s a long historical story about the tea plantation which has started in Sri Lanka.

In late 1824 from the China, carried this tea plant by British and implanted under the shades of Peradeniya Royal Botanical Garden but it is not planted for the commercial purpose.   In 1867 the Scottish national person named “James Taylor “19 Acres in area, Tea plantation was established. That placed name is “Loolecondera” you can visit it by Kandy by taking Galaha Delttota road, so according to that facts “Loolecondera” tea estate identified as a first economical purposed situated Tea Estate in here Sri Lanka. After the providing this tea to the market tea plantation grew through the area of Central Province now different Tea processing companies with advanced technology based machineries consist to support the improvements of the tea sales in here Sri Lanka. At present the Association called The Colombo Tea Traders founded in 1894 also with Tea Research Institute in 1925 formed for the economically development of rising Tea sales in here Sri Lanka.

Around the city of Kandy,Nuwera Eliya,Badulla and Bandarawela place in hill country, also in Haputale is ideal environment for this tea plantation and well famed now days , cities like Galle ,Matara also theres a city  named Mulkirigala cities related to the Southern side of the Sri Lanka. Also towns like Rathanapura, Kegalle also now involved to this tea plantation

Sri Lankan Tea categories under the following Upcountry Tea, Mid country Tea and Low country Tea according to the geographically areas the Tea is planting. There are several main classifications for the Tea products in Sri Lanka, such as Ceylon Super Pekoe black tea, Ceylon green tea and Ceylon white tea. Well as we know there is a speeded foreign marketplace for the Sri Lankan Tea countries like Russia, Turkey, Syria, Japan , Iran, Iraq, United Arab Emirates, Saudi Arabia, Egypt,  United Kingdom, Libya and Japan are the countries the Sri Lankan Tea export millions of kilograms or as  millions of pounds.

Well if you are expecting to visit to Sri Lanka you can also visit the Ceylon Tea Museum which is situated in Hantana, Kandy it was opened 2001 by The Sri Lanka Tea Board. There you can see the old tea producing machines that used in early days, like wise also you can buy “Pure Ceylon Tea” Packed under the label of Lion.