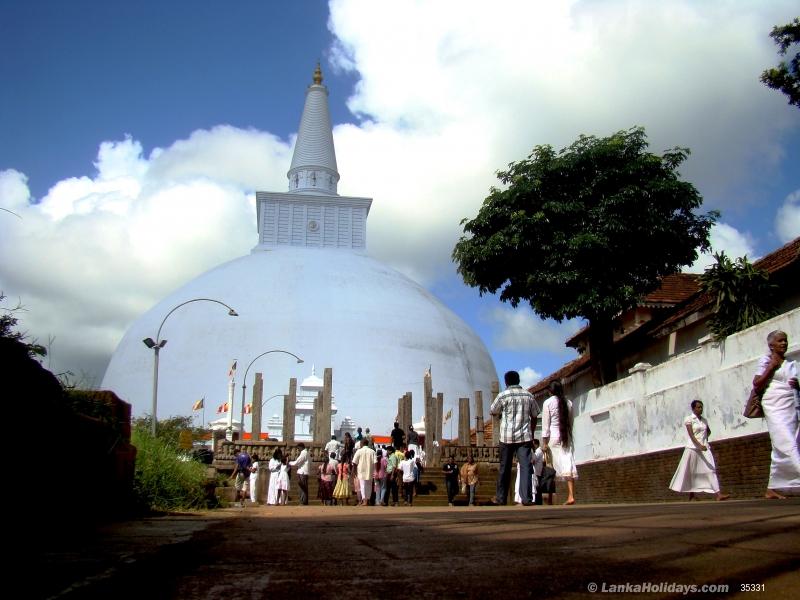 Anuradhpura is considered as the first capital of Sri Lanka which is situated in the North Central Province of the island. This city is famous for its well-preserved ruins of the first great civilization in Sri Lanka. Because of these major important features it’s considered as a UNESCO world Heritage site as its carried the Golden era out of all the other kingdoms in ancient Sri Lanka. This was the main center of the Therawada Buddhism which lead even to spread across the other friendly and mutual south Asian kingdoms. This great heritagous city lies 205 Km from Colombo city and the city is been fertilizing by one of the most beautiful stream called Malwathu oya. According to many historic sources this great Kingdowm was alive in between 4th century BC to 11th century BC and this is taken as one of the ancient, powerful and continuously inhabited city among the other oldest cities around the world. All the Buddhist monasteries, statues, dagabas, Palaces and even the great ocean like dams are situated over 16 square miles. And the local and foreign visitors has ability to visit for the world famous locations around city including Mihinthale,Ruwanwali dagaba, jaya siri maha Bodhi, Isurumuniya temple, Jethawanaramaya, Twin baths, Abhayagiri stupa, Thuparamaya, Samadhi statue and Sandakada pahana. Also this great city has much attraction of the nature lovers around the world because of having many national parks such as Willpattu, Ranmasu Uyana, and city is also decorated with some unique  and wonderful creations of the nature including Kalu diya Pokuna and Gal palama where travelers can enjoying by excavating the hidden mysterious places around this great city.