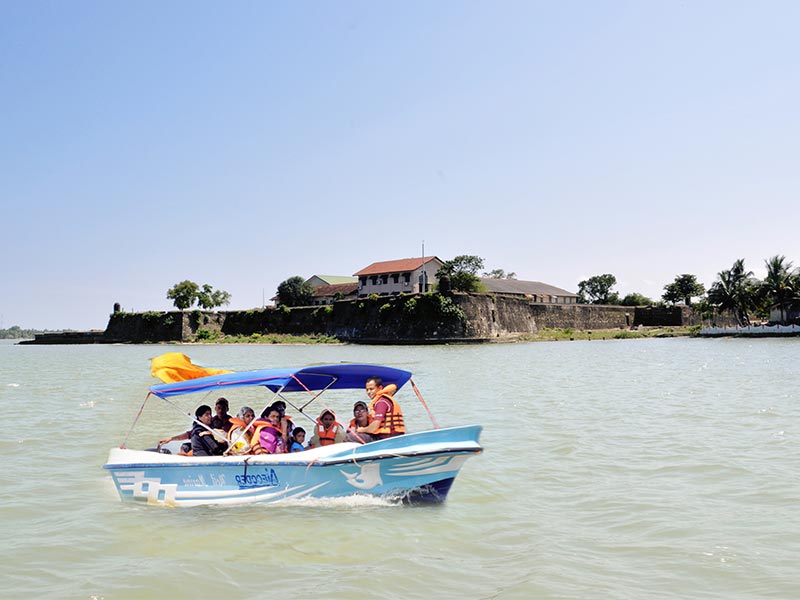 Batticaloa It is the managerial capital of the Batticaloa District and situated in Eastern Province, Sri Lanka one of the major profitable city in Sri Lanka. Because its holds with places that can catch tourists attraction a lot.  It is on the east coast, 111 kilometers distanced by south east of Trincomalee, and located on an island.

There’s a tropical wet and dry climate in Batticaloa, also commonly referred to as ‘dry-monsoonal climate’, climate is temperate through the year March to May, the warmest, the maximum temperature means around 32 degrees Celsius. Heavy rains recorded in during the monsoon season from November to February, Average annual rainfall in Batticaloa is 1,650.9 mm. with average temperature of 25 °C.

There are three main lagoon in district of Batticaloa they are Batticaloa Lagoon, Valaichchenai Lagoon, and Vakari Lagoon. Through the all this three lagoons, spreading from Pankudaweli in North and Kalmunai in South.Within the Batticaloa Lagoon, you can see there are several islands such as Puliayantheevu, Buffaloa Island and Bone Island.by connecting  this continents crossing through this lagoons connected by many bridges. The Puliayantheevu is the municipal place of the city, main bridge all of this is Lady Manning Bridge that we can found in Kallady, which is the main entry point to the city from the southern places of the district. Saying that Bridge famous for singing fishes that reflected said that in the Kallady lagoon on a full moon day musical sounds could heard. People say that in 1960 this music broadcast it in the radio – Sri Lanka Broadcasting Cooperation, that recoded by priest named Father Lang.

The sand is well surround in beach of Batticaloa, located along 4 km coastline in the city and advance through the adjacent places, Plus Kallady beach, Pasikudah and Kalkudah. And you can visit so many places in Batticaloa,such as Puliyanthivu is this area there are many governmental offices and services like public library, main post office and  municipal council likewise as well as many historical places. Koddamunai is the area in Batticaloa you can reach ATM and the railway station,  Batticaloa’s market as well. There are many Hindu temples, Churches, Mosques and a Buddhist temple situated in Batticaloa town. With its flat roads, it is an ideal place for bicycle ride ,top of Batticaloa’s Lighthouse facilitates to observing spot on the surrounding lagoon plus bay. in Batticaloa you can found  many construction which holds historical  value in Batticaloa town, it is in Puliyanthivu area, also Old Dutch Fort, built in 1628 by the Portuguese and taken 10 years later by the Dutch will enchantment the historical places’ lovers. Moreover, you can enjoy in Passikudah , Kalkudah Beaches by   swimming or diving. In Batticaloa district Palameenmadu has a bird-viewing tower. A few kilometers distance by in Batticaloa town. If you want can buy original palmyrah products can be near Batticaloa’s Lighthouse and in Batticaloa’s Market.