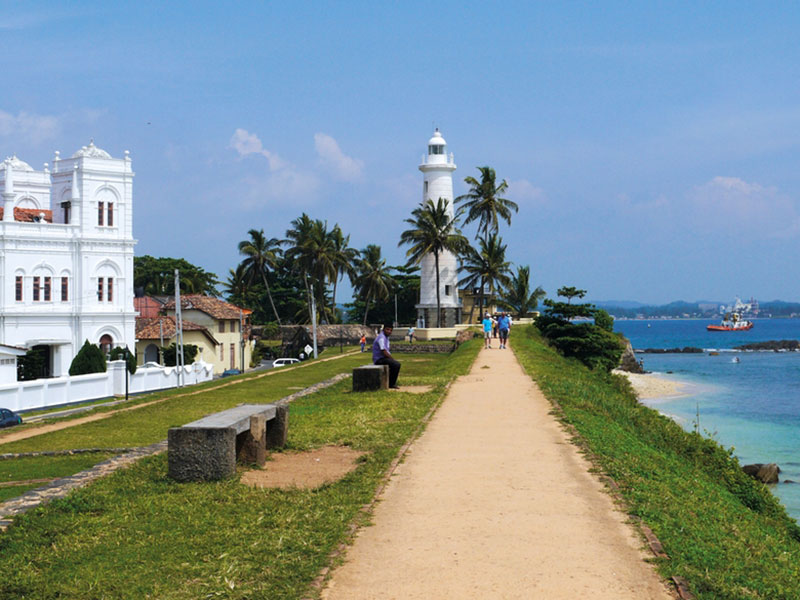 Galle situated in Sothern western section 119 kilometers from Colombo. It is a managerial capital of administrative capital of Southern Province, Sri Lanka and this capital act as District in Galle. In addition, it is the fifth largest city in Sri Lanka next to Colombo. Galle town also known as Gimhathiththa and iban Batuta as Qali in 14th century, Galle city is raised in 18th century, during the Dutch colonial period,  This  city built by the taking the sense of   architecture art which belonged to Portuguese. Well Galle fort known as world heritage city with fort in Asia .

Galle harbor is not a man made one it is natural harbor. Marine Time Museum also situated nearby there.  The Galle International Stadium known as one of the most attractive cricket grounds in the world. City of Galle damaged because of the Tsunami in 2004. Thousands of people killed.  In the city of Galle, The church called Cathedral of St. Mary, and there is a Shiva temple located within this city. There is a place called Rumassala in Unawatuna , near to the Galle harbor. The history says this hill related with story of Rama Seetha we can found in Ramayanaya. The Gin Ganga flow all over the way through the  Neluwa, Nagoda, Baddegama, Thelikada and Wakwella, and finally met the sea at Ginthota.