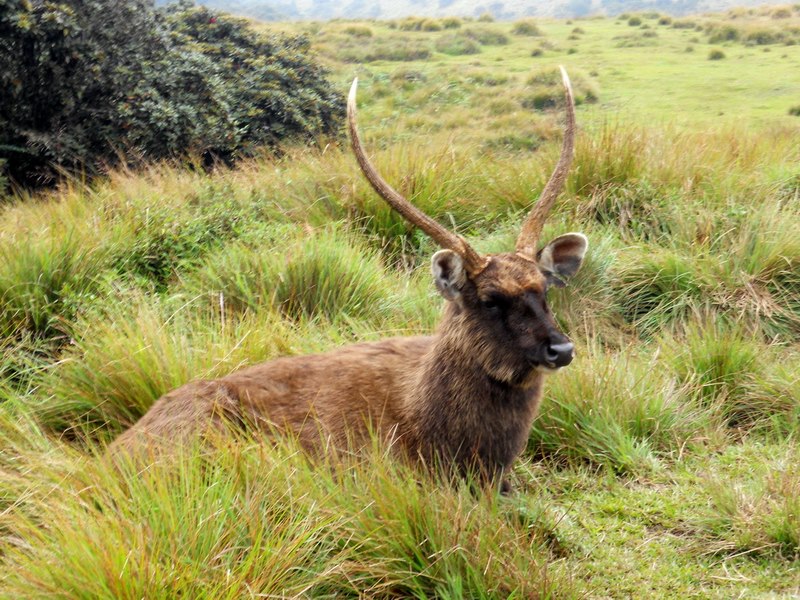 Horton plains can know gift by a nature to  all of us here in earth, well-formed and bounded with thik grass in each and everywhere, you can see the look of cloudy forest touch , it is an protected land 2100 meters in height you can expect very cool smooth climate that change time to time with sunbeams. This land consists of many species and endemic only to the region and many endemic plants. Also surrounded by rich biodiversity, also Horton Plains titled as a national park in 1988. And Horton Plains is a popular tourist destination, situated 8 kilometers from Ohiya Gap, 6 kilometers from and 32 kilometers from Nuwara Eliya. Mahaweli, Kelani, and Walawe known as some of the three major Sri Lankan rivers started from Horton Plains.

Within this nature made park important and endemic plants and animals found, Sambar deer is a mammal that you only can find in in here Horton plains, there are so many birds around in here. Because of the forest die back this species are already threaten. The World’s End is the one of the most popular tourist destination in here Waterfall that formed by Belihul Oya known as Baker’s falls, this name formed by Sir Samuel Baker, a hunter and explorer, who tried to establish a European agricultural growths at Nuwara Eliya.