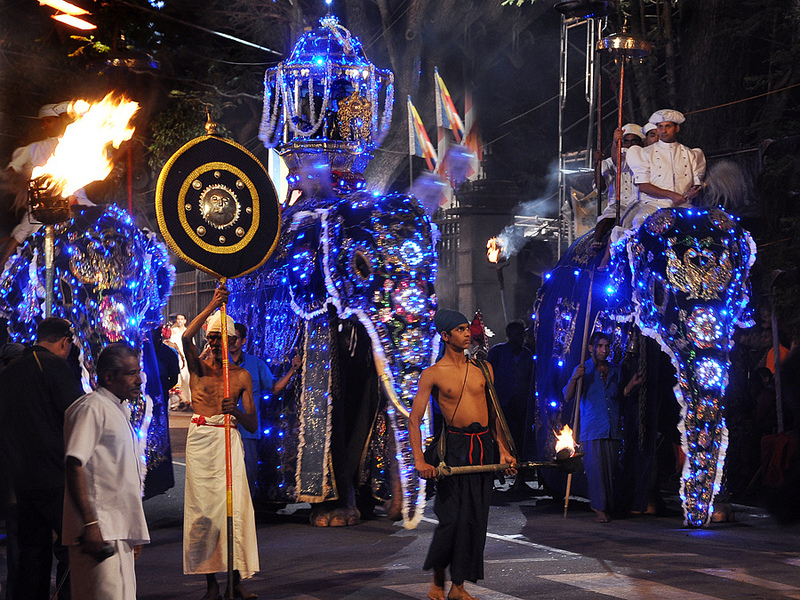 Kandy Esala Perahera is the one of the great traditional festival from the very old days and major Buddhist fiesta that’s held in here hill country Sri Lanka decorated fancy elephants, drum players, traditional Kandyan dancers. Are going through as a pared various traditional music instruments are playing, dancing while they traveling through the parade. In month of July this is starting in the meaning of parade directed by in Sinhala as Perahara and month of July is known as Esala. This is the biggest traditional festival large number of local traditional dancers and artist are performing. And there is huge number of people that came to see this beautiful event over the night when the Perahara is traveling street to street in Kandy.

It is the happening celebration of from the thousands of years this Kandy Esala Perahera as a decency and honor for Sacred Tooth Relic of the Buddha. And the four protector Goads named as Vishnu, Natha, Kataragama also for the Goddess Pathtini. Kandy Esala Perahera organized according to the order that three Goadds and Goddess “Devala’s” order.This Devalas can see the premises of the “Sri Dalada Maligawa”  at Temple of the Tooth.

Diyawadana Nilame is the chief coordinator who is with privileges for handle the parade’s routine and its other managerial substances. This position was appointed from the fall of the kingdom of Kandy and British came to rule to Kandy. From this Kandy Esala Perahera is a secret parade that held to request sacred consideration from the Goads believes that they can successful the cultivation and harvests by giving rain at right time and fulfilled the land with crops. This cultural parade came to its end by event name “Diya Kapeema” and “Kap Situweema” at the Mahaweli River in Gatambe it’s a little town with in the Kandy. The Kandy Esala Perahera is a legendary and well famed traditional event that both local people and foreigners are really loved to, came to watch this traditional event annually.