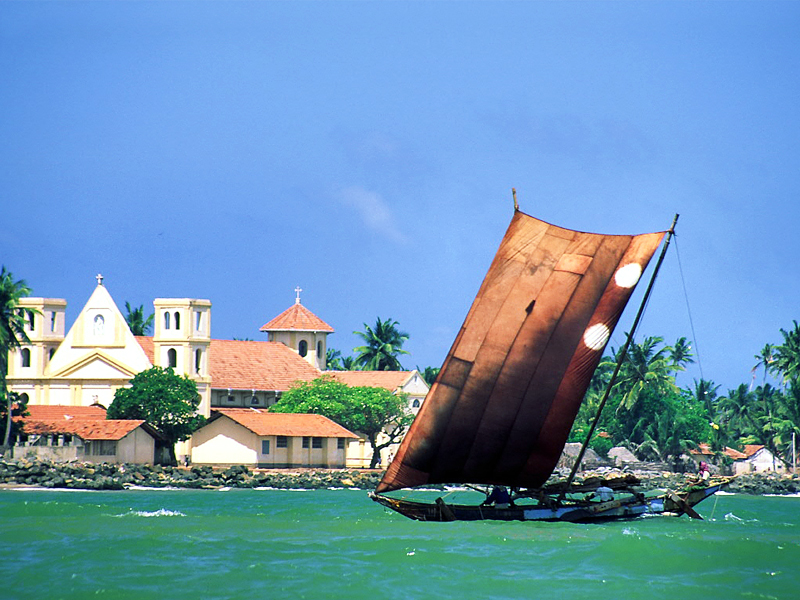 Negombo It is approximately 35 kilometers north of Colombo City. Negombo is a very old fishing industry with and sa­ndy beaches. The international airport of Sri Lanka is in Negombo City, is known in Sinhala “Meegamuwa” as a main city in Sri Lanka, it is located on the west shoreline and it is situated on the island and at starting point of the Negombo Lagoon, it is situated in Western Province, Sri Lanka. And it’s known as main city in Gampaha region and it is the fourth major city in the country afterward Colombo city, Kandy and Jaffna.  Maximum temperature can expect as 33°C, weather with 59% of humidity. Negambo is the second largest city in the Western province after Colombo. Negombo is also known as governmental wealth of the Negombo division. It is one of the major moneymaking centers in Sri Lanka with about 128000 populations inside city bounds. We can get to know Negambo as one of the major tourist destination in Sri Lanka. It is a generous place with luxury.

Negombo is one of the major tourist attracted city in Sri Lanka. Negombo is a city with enormous place luxury and tropical life style, if some want to quick access to the country they can reach easily For those who want quick access to and from the country’s main international airport and also within Colombo city. Canal network spread through the 100 Kilometers running through the city is still used.  for trade and tourism. Remnants of settlement from the period of the Dutch fort built in 1972, administrative buildings, churches and St. Mary’s Cathedral. Negombo Beach is recognized as Sri Lanka’s second largest fish market, daily fish sales and auctions can see in here, people named it as Lellama it is state in north end from the lagoon. If tourists interested they can have chanced to meet fishermen’s, buy fish and enjoy   fishing trips into the lagoon and the ocean, take in also places like Muthurajawela Marshland.

Sri Lanka’s best west coast beaches are available in here and it is the main tourist attraction. Some of the areas in beach side maintained by the tourist hotels, you can find nice places to stay.