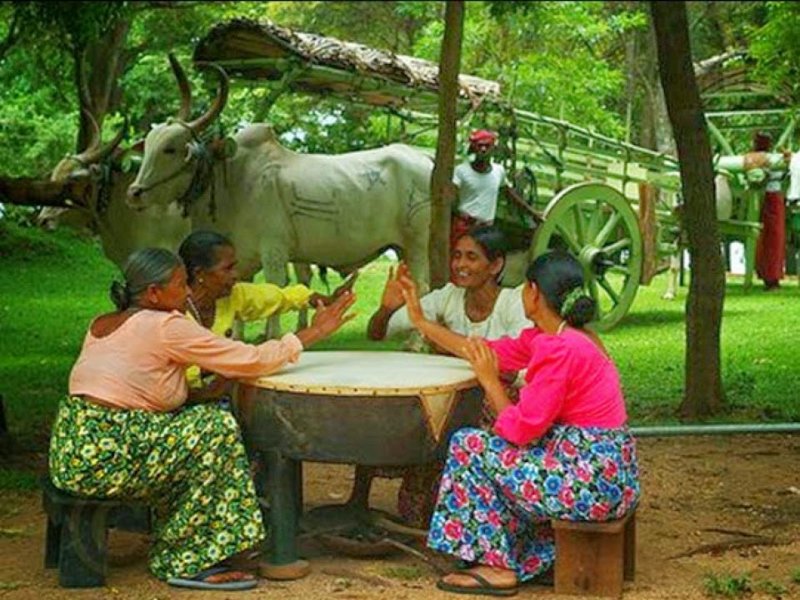 New Year festival in Sri Lankan it’s an event of the culture people Hindu and Sinhala New Year Festival, in Sinhalese named it as “Aluth Avurudda”. The biggest part of the population in Sri Lanka is Sinhalese annually in each year people celebrate this cultural event for Sinhala Hindu Aluth Avurudu period is  assigned to dates between 14th April to 17th April in every year, According to the Astrology facts there’s a star sign that call as “Meena” that transfer to star sign of “Mesha” within that period this new year celebration starts. This star signs in Sinhalese known as “Rashi”, suppose that sun as main factor for all this astrological elements and its traveling from Pisces’s and to Aries’s. and people believe that this crop cultivating also the harvesting is starting with in this period in here Sri Lanka.

According to facts in history, these Aluth Avuruddu festivals were celebrated. With the beginning of this period suppose that fresh ideas, fresh days will bring the wealthy to the people’s lives and the same time people expecting the joy of this period will remain whole over the year. To celebrate Aluth Avuruddu there are various number of imposts that each and every person doing from the early days as a custom that inherited traditional methods from the early days. Also there are games most of the time young people can see doing there and enjoying this games came along the old days. Such as chaggudu, kathuru onchilla, ankeliya and kotta pora and many more that you can see people play at this games in grounds and there are some of the in house such as olinde keliya, pancha demima and bello damina.

Punya kaalya means Buddhist and Hindu people are involving doing the worships cording to their religion. Then after word new year has begun, with  weda ellima and having meal named as ahaara anubawahaya.at the 17th of April this period of New year is came to end  finaly with Hisatel mangalya. Buddhist monks or grandparents involving this activity most of the time. Hindus cultural customs different than the Sinhla Buddhists, They making beautiful “koalam” rata to decorate their houses when this celebration starts, well you may interested to visit Sri Lanka with in this period you can enjoy various “jana kreeda” really interesting things and delicious traditional foods at that  can only finds in this Aurudu period in here Sri Lanka.