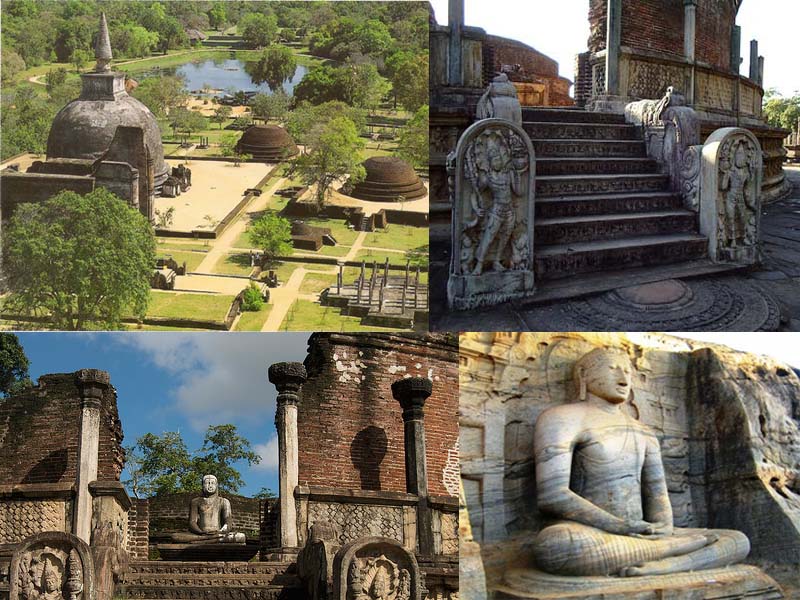 Polonnaruwa is the second ancient Kingdom in Sri Lanka which is also situated in the North Central province of the country. After the Anurdhapura kingdom the King Vijayabahu the first declared this city as the island’s capital after defeating the south India tribe called “cholas” in 1070. After defeating them Sri Lanka again became a one nation under the great king Parackramabahu the first and he used to develop this kingdom by building great dams, Buddhist monasteries, temple and even a huge statue of himself near a one of the biggest dam called Parackrama Samudrya. Anyone can witness his greatness by visiting to his great palace which is situated in the central part of the city with a massive and impressive building with 7 floors. Many local and foreign victors are interesting to visit for the places such as Statue of parackram King, Council chamber, Prince pond, Shiv dewalaya  Pollanruwa vatagaya,  hatadagaya, Kiri vehera, Gal viharaya Nissanka Latha Mandapaya,  and sathmahal prasadya. Polonnaruwa is consist with a culture which is mixed    with Hindu and Buddhist religions as due to the south Indian invasions and it is common to see a Kovil( hindu temple)  near a Buddhist temple in each and every important  places.