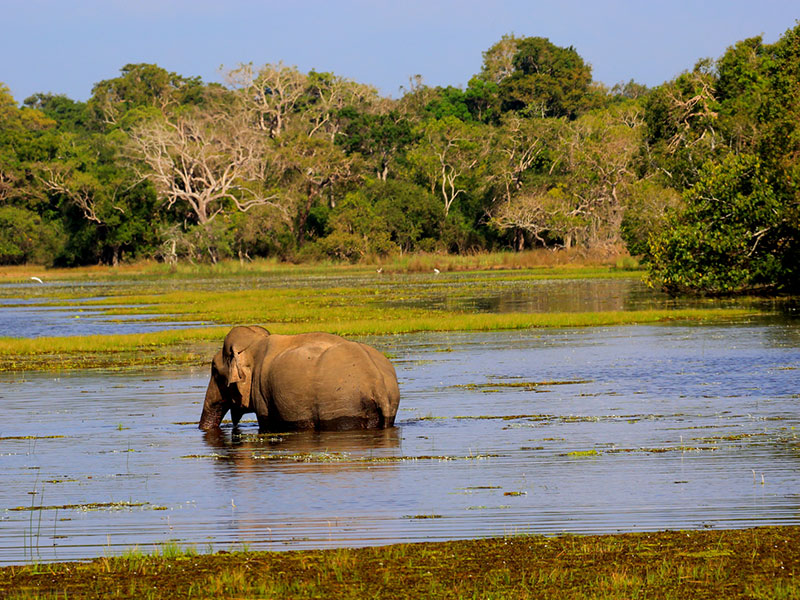 Wilpattu National Park is a place that situated within the island. There are several lakes, not made by man natural ones, this lakes generally filled water from rain. Wilpattu National Park situated about 180 kilometers from Colombo, 30 kilometers distance from Anuradhapura town and 26 kilometers from Puttalam, spread over 508 meters² in area and state on 152 meters in height from sea level. believes there are sixty ponds around this area this name directed according to that as Wilpattu and consider as one of the major  National Park in here Sri Lanka and popular because of the Leopards living in here. Wilpattu holds excellent popularity all over the world because of this Leopard population around the park it is impossible to count.

In here Wilpattu National Park annually expect 1000milemeters in Shower.within the period of December to February monsoon rains expected which directed from northeast and in March Inter monsoonal showers expected.

There are some trees very tall found with in monsoon woodland that you can see here such as Palu, Satin, Milla,Weera, ebony and Wewarna and with very rich undergrowth in natural plantations surrounded in here. In addition, you can see there costal side undergrowth recently can find with in this area, you can see salt grass in here. There are around 31 types of classes of mammals recognized over within this area, such as Elephants, Sloth Bear, Leopard, Water Buffalo, Dotted Deer, Mongoose, Mouse and Shrew and many more that you can recently observe around the Wilpattu National Park. and considering about birds that living within this area you can these birds such as The painted stork, the open bill, little cormorant, Sri Lanka jungle fowl , numerous types of owls, terns, gulls, eagles, kites buzzards. Also birds like the garganey, pintail, whistling teal   spoonbill, white ibis, large white egret, cattle egret, and purple heron numerous type of Wetland birds can find around here. Reptiles like lizards, mugger crocodile, cobra, rat snake, Indian python, pond turtle, and soft-shelled turtle can found around the area of great undying ponds in Wilpattu. Within the period of February and October known as ideal months to visit in here you can enjoy safari trips around the park by associated with few of private eco-tourism groups nearby in here Willpattu.